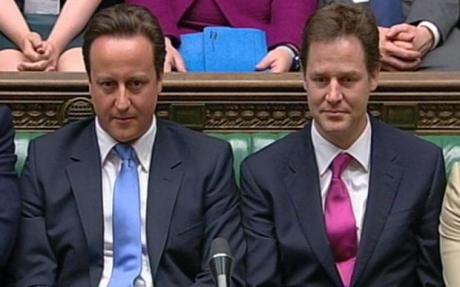 The Liberal-Democrats are engaging in allsorts of illiberal and anti-democratic gymnastics to avoid a vote on abolishing the NHS.

I’m sorry to admit that I actually voted(1) Liberal-Democrat at the last general election. I could never vote Tory and I couldn’t bring myself to vote Labour even though it was no longer hijacked by Blair & Co. I’m going to have real problems ever voting Labour. They willingly allowed themselves to be hijacked by a Fascist, psychopathic nutter totally divorced from reality and any concept of truth who quite clearly pursued an alien agenda for so many years. Unison and Unite were so supportive of Him. Is it so important to remain in power that you prostitute all your values? Today, the Liberal Democrats may be following the same path.

Back to voting Liberal-Democat at the last general election. It was a tactical vote but I’m pleased to say that it had no effect since my constituency is certain to return a Labour MP.

As I’m sure that you’re aware – while there was no overall winning party at the General Election the Conservatives and the Liberal-Democrats formed a coalition government, the ConDems. I was pleased that New Labour was eventually defeated and out of power and initially hoped that the Liberal-Democrats would restrain the Tories. No such luck. It turns out that Clegg is a Tory in everything except political party. A European Tory, immensely rich and privilleged and – although exactly the type that are repeatedly appointed – entirely the wrong person to hold any political office. Why oh why did they listen to the press and dump Campbell?

The ConDem coalition – essentially a Tory government – shit on the electorate. Tuition fees, the Education Maintenance Allowance that was so important to poor families and now the NHS. “No top down reorganisation”. What a Blair-faced lie that one was. “We’re not privatisng the NHS”. Well, you’re not selling shares but in every other sense the NHS is getting privatised. Foreign and UK companies running hospitals, the profitable bits getting cherry-picked and a cash-starved shell of an NHS having to pick up the pieces. Health insurance, pay or go without – isn’t that privatisation?. Opposed by all major healthcare associations and yet they continue in destroying the NHS.

“No top-down reorganisation”. There is quite obviously no mandate for change.

The Lib-Dems will and are getting blamed for this. Without them it would not be happening. The toxic comments they get on newspaper articles are instructive. Will it be fatal for them? I expect to be campaigning against the Lib-Dems with anti-Blair vigour unless they change their ways pretty quickly.

DRAFT: to be expanded – particularly murders by police, the role of ACPO.

There are many issues.

I am regarded by oppressive state authorities as an anarchist and potential violent terrorist. This is really quite strange since I consider it important to vote and participate in the democratic process. There is something quite clearly wrong here.

Oppressive state authorities promote the official ideology of fake, manufactured terrorism while the true anti-terrorist is cast as the terrorist. Accusations of terrorism have come to be directed at percieved opponents of some powerful interest group.

The official assessment is so absurdly wrong because the world has been turned on its head. Those that should be concerned with fighting terrorism are the terrorists and those that are accused of being terrorists are the anti-terrorists.

The question remains: Why is the official police assessment of me so absurdly wrong despite clear and obvious evidence to the contrary?

While it is accepted that the police are capable of staggering incompetence, there is more than that. I think that the answer is harassment – it is obvious that suspected terrorists can be violently killed by police with complete impunity at any time. This is a continuation of the harassment I endured from Ian Blair and John Reid. The same bullshit is involved – homegrown terrorists, liquid explosives, etc.