Tony Blair let off for lying to UK parliament and electorate

You may have missed this story which was not covered by major news corporations. 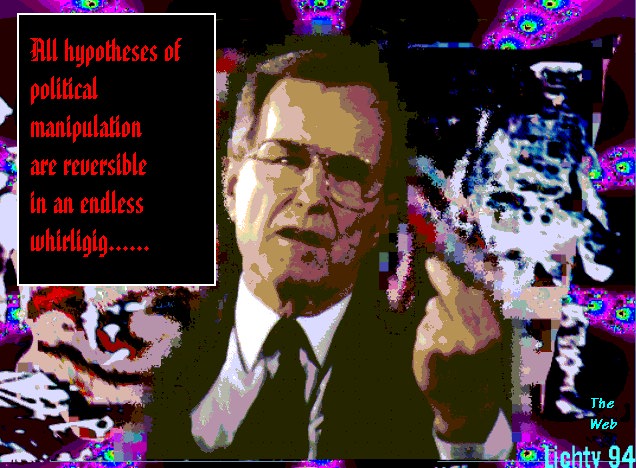 Artwork by Lichty 1994. Caption reads “All hypotheses of political manipulation are reversible in an endless whirligig…..”

Former British Prime Minister Tony Blair won’t face an investigation into whether he misled Parliament before the 2003 Iraq invasion unless new evidence emerges, a committee of lawmakers said Thursday.

A seven-year official inquiry into the war had cleared Blair of allegations that he had made a “personal and demonstrable decision to deceive Parliament or the public,” Parliament’s Public Administration and Constitutional Affairs Committee said.

The committee said that several probes into the divisive war don’t “provide a sufficient basis” for a parliamentary investigation.

So Blair and Campbell’s two dodgy dossiers don’t count as deliberate attempts to deceive the UK parliament and electorate? That’s exactly what they were for.

This entry was posted in neo-con, politics, they made it up, Tony Blair, war on terrorism, war on terrorism bullshit and tagged alastair campbell, chilcott inquiry, dodgy dossier. Bookmark the permalink.