The Match Women of Bryant and May formed Britain’s first women’s trade union and won the right to better conditions. So why do so few know about their achievement? 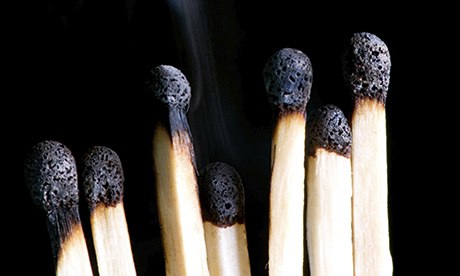 Hearing of the grim conditions, Annie Besant investigated and published an article in her weekly newspaper, The Link, headlined: “White Slavery in London,” prompting Bryant and May to threaten libel action. The company put pressure on the women to discover who had spoken to Besant.

Bryant and May identified and dismissed “ringleaders,” provoking around 1,400 women to walk out on strike. The workers put a picket line in place. The factory was at a standstill.

The striking women marched daily through the streets, collecting money to sustain their families. They marched on parliament where they lobbied and impressed MPs. Bryant and May was forced, through public, social and political pressure, to accede to the women’s demands for safer working conditions and the cessation of arbitrary fines.

Crucially, the company allowed them to form a trades union, so that “future disputes, if any, may be laid officially in front of the firm.” The Union of Women Matchworkers, the greatest union of women and girls in the country, was formed.

The Star newspaper congratulated the workers on their “magnificent victory, a turning point in the history of our industrial development.” Truly, it was.

Given Bryant and May’s political and economic power, the strike by these impoverished women was particularly audacious and by no means predestined to succeed. The struggle of these women, played out in the glare of publicity, had repercussions far beyond the betterment of their own conditions.

The Match Women’s Strike was a vital catalyst for ‘new unionism’. It was openly acknowledged by the dock strike leaders a year later in 1889 when the call went out from John Burns to a meeting of tens of thousands of strikers to: “Stand shoulder-to-shoulder. Remember the match women, who won their fight and formed a union.”

The Match Women demonstrated to working people that it is possible for marginalised, unskilled workers to bind together in solidarity in trade unions and succeed in their demands for reasonable pay and conditions.

Tags: class war, we are not all in this together

Articles on the Blairite attempted coup against Corbyn and the left