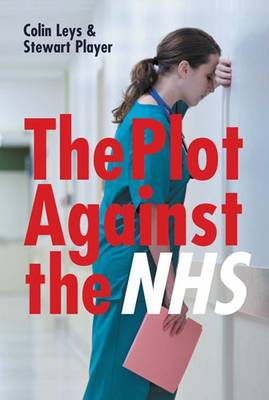 The plot against the NHS

A year ago Peter Martin, the chief executive of Tribal Group plc, which describes itself as a “leading provider of commissioning services to the NHS“, presented his view of the future for the health sector in England. He was bullish. Although he described market conditions as “challenging”, he saw an “improved flow of service delivery opportunities” that would significantly support Tribal’s revenue growth. Andrew Lansley’s 2010 white paper would bring “major changes in structure of UK health markets”. Martin’s goal was to focus Tribal’s health business on the profit-making opportunities these reforms would create. He set out five growth priorities: commissioning for GP consortia, clinical support services, patient management services, informatics outsourcing and hospital management services.

This is the future for the NHS that David Cameron and Nick Clegg have planned for us since the launch of the coalition. Despite their claims to the contrary, they have been laying the ground for wholesale privatisation of the NHS, the destruction (without any democratic mandate) of one of Britain’s most cherished and effective postwar institutions, and the transfer of its stewardship and operations to organisations concerned only with maximising revenues and reducing costs. The word “quality” appears nowhere in Tribal’s vision as communicated to investors.

How has the NHS arrived at this moment of crisis? Colin Leys and Stewart Player provide an indispensable guide to understanding the origins of what they call a plot against the NHS. Surely this is an exaggeration? Not so. Cameron, Clegg and Lansley are merely continuing two decades of policies – begun by Tony Blair, endorsed by Gordon Brown, and supported by successive Labour governments – aimed at introducing markets into the health service. Where Labour tried to hide its intentions, the only difference with the Conservative-Liberal alliance is their shameless transparency.

Looking back at Labour health policy now, I have to ask myself how so many of us were unable to see through the mists of what Leys and Player call the “misrepresentation, obfuscation, and deception” perpetrated by Blair, Brown, and a host of health ministers all too willing to genuflect to the market zeitgeist. Too many of us – whether doctors, nurses, or just members of the public – were willing to be bewitched by Labour’s mellow language of reform. The words are all too familiar now: modernisation, choice, empowerment, diversity, plurality, improvement, contestability, and, most beguiling of all, patient-led.

The Department of Health created a commercial directorate to oversee the plan to privatise the NHS. A group of passionate market advocates were hired to transform a public sector institution into a target for private sector takeover. People such as Mark Britnell, who was the Department of Health’s director general for commissioning when Labour was in office and who later joined KPMG – able to sell his experience in government to the world of management consulting – have now been outed as agents for the merciless dismemberment of the NHS. There was a revolving door between civil servants in the department and McKinsey, KPMG and Deloitte. Ex-ministers, such as Patricia Hewitt and Lord Warner, traded their knowledge of NHS privatisation with those who could benefit in the commercial sector.

Doctors’ leaders were little better. The British Medical Association’s John Chisholm and Simon Fradd, who led negotiations with government to revise the GP contract in 2002, won a huge victory by making out-of-hours care for patients optional. Nine out of 10 GPs stopped offering services to patients from 6.30pm to 8am. This withdrawal of NHS care allowed private providers to step in and take over. After Chisholm and Fradd had succeeded in putting out-of-hours care out for private tender, they set up Concordia Health, a private company, that offered to run those very same services, only now at a profit to themselves.

The networks of health institutions that propped up the case for marketisation and privatisation of the NHS were intricate. They include private providers, such as UnitedHealth (whose president of global health, Simon Stevens, was once a key Labour adviser); thinktanks, such as the King’s Fund (whose trustees have included Stevens and Julian Le Grand, his successor in Number 10); and lobbyists, including several NHS outsourcing and private equity businesses.

Having anatomised the diseased political corpus that has begun to infect the NHS with a commercial ethos that will increase costs, cut services and reduce quality, Leys and Stewart try to look to the future. They mount a strong defence, claiming there is no evidence the NHS is in urgent need of fundamental reform. Given the statement by Steve Field, who is leading Cameron and Clegg’s pause to review the Lansley reforms, that the current Bill could “destroy key services” and destabilise the NHS, it seems that the gathering momentum for markets as the solution to whatever ills the NHS might have could be about to stall.

Selected excerpts from ‘The Plot Against the NHS’ by Colin Leys and Stewart Player. Chapter One is available here. I highly recommend this book available from Merlin Press for £10.

The Plot Against the NHS #1

Tags: the plot against the NHS