David Cameron and UK’s ConDem coalition government return to the issue of web censorship with an announcement that the UK government is to order ISPs to censor ‘extremist’ websites.

The crime and security minister, James Brokenshire, said on Wednesday that measures for censoring extremist content would be announced shortly. The initiative is likely to be controversial, with broadband companies already warning that freedom of speech could be compromised.

Ministers are understood to want to follow the model used to crack down on online child abuse. The Internet Watch Foundation, which is partly industry-funded, investigates reports of illegal child abuse images online; it can then ask service providers to block or take down websites.

David Cameron has previously announced the censorship of internet search engines. This latest announcement represents a second tier of censorship at the point of internet access.

It is expected that David Cameron’s UK ConDem coalition government will censor such extremist sites as the Guardian newspaper that has published seditious material sourced by the NSA whistleblower Edward Snowden and the wikileaks site.

Continue ReadingYet more internet censorship from Cameron and the LibDems

David Cameron spoke on Radio 4’s Woman’s Hour at 4p.m. today. I didn’t listen to it although it will be on iplayer later. I’m commenting on this article instead.

Cameron disagreed with the former head of the Child Exploitation and Online Protection Centre (Ceop), Jim Gamble who said this would not have a big impact as paedophiles did not use search websites to find these images, but instead go to the “dark corners of the internet on peer-to-peer websites”.

This part is alarming: Mr Cameron said GCHQ were helping the National Crime Agency (NCA) to find people who use the “dark net” – stand-alone networks that sit separate to the web but are accessible to those that run the right software.

The problem is that it’s not illegal to use Tor and it has legitimate uses for political activists and dissidents and to evade censorship in oppressive regimes (as Cameron is intending for UK?). I use Tor and – as I have said before – I run a Tor relay.

Being a Tor user is most definitely not the same as being a paedophile accessing child pornography – so why target Tor users? I personally don’t use it as much as I used to – what does it matter if Cameron, Clegg, Miliband et al have half an hour’s notice of what to expect? This blog is pretty predictable unless I’ve got an exclusive. I’ll use it if I’m researching something sensitive or to access Pirate Bay which is blocked by court order in UK. The majority of internet traffic is peer-to-peer, probably sharing copyrighted material. So what?

“One of the things that came out of the meeting that gave me hope was that actually when people talk about these sites on the dark web where people are sharing revolting images, one of the experts said it’s not totally dissimilar to people downloading movies and music.”

I think that Cameron is responding to my criticism that Tor is not peer-to-peer. It is exactly like downloading movies and movie clips from a normal webserver. The only practical difference is that it takes longer.

“I’ve talked to parents who’ve had very direct experience of this happening, where the children were looking for something totally legitimate but ended up with, you know, some pretty horrible things in front of them …” I honestly don’t think that this happens.

Cameron is welcome to check things with me first … I won’t charge much. I’m sure that he knows many people that have my email address … 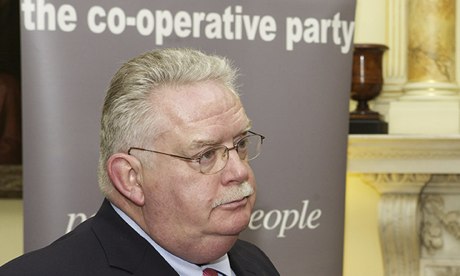 It is announced today that Downing Street is to work with massive search engine tax-dodgers Google to hugely censor the web. Under the guise of attempting to frustrate paedophiles, Downing St and Google intend to censor 100,000 search terms.

Cameron and the UK government are simply hugely censoring the internet. This measure will not affect paedophiles since they don’t use Google to search for paedophile material. Instead it will frustrate users legally searching for legitimate materials. It is quite simply huge censorship of the web. It will actually – and is quite possibly intended to – have the opposite effect of assisting internet paedophiles by posing difficulties to independent researchers.

It is a mistake to think that the internet is not already hugely censored. Do you think that search engines do not already censor paedophile and alternative political materials? This blog is hugely censored for political reasons: you won’t find this blog in a school or library. Try searching for some terms from this blog like “war of bullshit”. [Just realised that it works on Google]

There are not 100,000 paedophile search terms and paedophiles don’t use Google anyway. How can this be anything except a huge exercise in censorship?

We have already seen that UK Conservatives want to censor the web. Their lobbying bill is a huge attack on democracy attempting to neuter charities and unions. They are simply trying to take out their opposition in a very evil way totally opposed to democracy, freedom and liberty.

However he said it was the peer-to-peer networks that need to be targeted if the Government wants to track down paedophiles.

He said: “Very few paedophiles in my experience use Google.”

“At the end of the day a pop up message is not going to inform, educated or scare a paedophile they know what they do is wrong, that’s why they are secretive about it that’s why they hide in the peer to peer of the dark web where they cant be found.”

[19/11/13 This story seems to have died very suddenly – there are only a few mentions today of yesterday’s events.

… Cameron claimed the search queries targeted, which were drawn up by child protection experts, were “unambiguous,” but that seems quite frankly impossible. There are reportedly as many as 100,000 terms on the list—for comparison, the second edition of the Oxford English Dictionary contains 231,100 entries. There seems a real risk, then, of the algorithm overreaching and preventing web users from accessing perfectly legal content. …

[like (conservative or tory or lord or rich or falconer or blair) and (paedo or paedophile or nonce),

The confusion that spooks, ex-spooks, prime ministers and news reporters are showing between the Tor anonymity network and peer-to-peer networks is due to two issues.

The Internet Watch Foundation does not at the moment pursue images and videos on so-called peer-to-peer networks because it lacks permission from the Home Office. But it was announced on Monday that the watchdog would begin a six-month pilot scheme in collaboration with Google, Microsoft and the Child Exploitation and Online Protection agency (Ceop), so that IWF can develop procedures to identify and blacklist links to child abuse material on P2P services.

Continue ReadingDavid Cameron consorts with tax-dodgers to censor the web