The long-awaited climate-emergency post. I have taken some time to decide what’s necessary to say. This post may be revised and expanded but the main points will remain.

Climate change, the climate emergency or crisis is a fact. The poles are melting, sea levels are rising, seas are turning to acid, polar bears and penguins have nowhere to live. It’s taken repeated record temperatures and a little girl for it to be accepted such was the power of climate denial.

Political parties that deny climate change – right-wing parties like UKIP and Nigel Farage’s Brexit party “In terms of policy, there’s no difference (to UKIP)…” are sucking up to the ultra-rich showing that they present no threat to their interests. ed: many prominent Brexiteers are climate change enthusiasts.

It is safe to assume that the World’s plants and animals do not have a concept of ownership. They do however have as much right to live, to exist. The rich do not own the planet and do not have the right to destroy it.

There is an exception – a secondary lesser class of human that is climate-dirty: those who travel a great deal especially those that commute by airplane. People who fly regularly are climate-dirty.

A wider issue: the rich are in charge. Wars are conducted at their behest and for their benefit. The whole bullshit narrative of terrorism and consequent anti-Muslim racism is for them. It is their bullshit narrative to divide and control, to weild their influence. There is one main nation-state behind terrorist attacks, often aided by another one or two nation-states with police and intelligence agencies playing along with it, turning a blind eye. Terrorist attacks are often timed for political objectives of no advantage to Islamists. You have to be really stupid to believe that a disabled old man could achieve so much from a cave in Afghanistan and that it didn’t provide the excuse for yet another war for the dirty black stuff.

edit: I am aware that I have power and influence which I tend to regard as transitory and temporary. The climate emergency is a big deal and I am laying the blame exactly where it belongs.

There is a tradition of denoting something by it’s opposite. Marilyn Manson’s ‘Beautiful People’ for all those that died on 7 July 2005 from many different religions and belief systems ~ indeed actually more than that ~ the day after Dubya’s bicycle accident on his birthday. Robin Cooke wrote about 7/7 shortly before he died on Ben Stack.

Then there’s kaleidoscope.  the word “kaleidoscope” is derived from the Ancient Greek καλ(ός) (beauty, beautiful), είδο(ς) (form, shape) and -σκόπιο (tool for examination)—hence “observer of beautiful forms.” Who was it that mentioned “kaleidoscope” (and “tea and biscuits”)?

Getting my Christmas Message in early and keeping it short and sweet.

I propose that it’s been established that Blair, Campbell & Co committed war crimes and genocide. This was established even as they were doing it. A war of aggression without UN authority & a war for regime change are war crimes. I sincerely hope that 2012 will see them answer for their crimes.

I have been experiencing network problems. The pattern of denial suggests that it is deliberate and consistent with the agenda of Full Spectrum Dominance i.e. control of all electronic devices worldwide. Some disruption is possible.

Almost as if she was a chosen victim, isn’t it? … a successful human rights lawyer … active in opposition to Blair & Co’s Iraq war

… but how is that possible … if they were attacks by suicide bombers?

Ian Blair (when he was actually Commissioner of the Metropolitan Police;) said “to paraphrase another great American, Mark Twain, on reading his obituary, accounts of my demise are premature.” http://news.bbc.co.uk/2/hi/uk_news/politics/5101180.stm 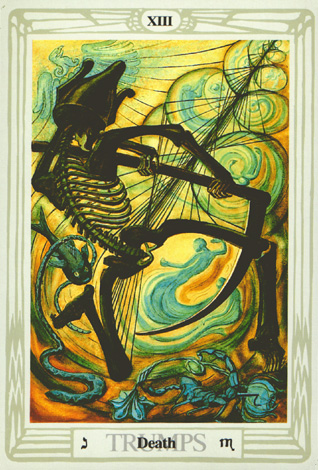 Looking at Ian Blair and various names, abbreviations of those names and salutations.

edit: My mistake. I’m looking at formal titles not salutations.

later edit: There are two aspects: covert and overt. Covert, hidden messages and overt harassment e.g. “Houston, we have a problem”, involving using the vast resources of the state against one individual. All those involved – Ian Blair, Tony Blair, Reid, Straw, Blunkett, Charles Clarke, Campbell, and later Jackie Smith [11/7/11 Jacqui Smith] are absolute f’ing scum.