The night the Lib Dems gave up their last remaining principles 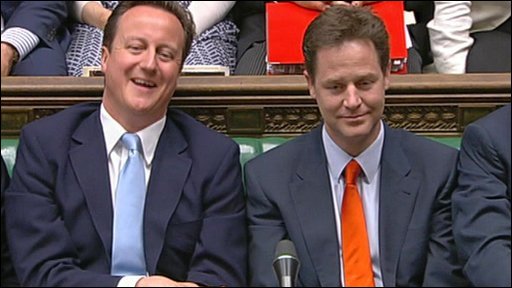 [L]ast night the party sold out whatever remaining principles it had after four years in office. There can be no excuse for what it did yesterday evening.

It was a debate on judicial review. Judicial review sounds boring but it is one of the most democratic legal mechanisms available to the British citizen. It allows us to challenge illegal government decisions, to fight government irrationality and to challenge the decisions made by authorities. In the words of one peer, it is “the British defence of freedom” and the means by which we avoid “elected dictatorship”.

Chris Grayling has lost several judicial review cases this year, for the simple reason that he keeps acting illegally and irrationally. So he has decided to try and eradicate it. That’s not what it’s called, of course. It’s called ‘reform’. But his reform will make it impossible for anyone but the very rich to use it.

The Lords fought back and voted down several of the bill’s measures. Last night the criminal justice and courts bill returned to the Commons.

The press do not cover judicial review for the same reason the public are not interested in it – because no-one really knows what it is. Why waste a principled stand on a matter of principle alone, when tomorrow there might be a more popular principled stand to take?

But judicial review goes to the heart of what it is to be a liberal. It is the individual against the state. It is like liberalism triple-distilled and poured into a bottle. One struggles to imagine a more perfect encapsulation of liberal philosophy.

No Lib Dem MP outside of Sarah Teather can call themselves a liberal this morning. They have betrayed the central tenet of the philosophy they claim to hold dear.