Number of homeless in England has risen for 3 years in a row, report says

Homelessness has increased for three consecutive years, partly because of housing shortages and cuts to benefits, with an estimated 185,000 people a year now affected in England, a report says.

Research by the Joseph Rowntree Foundation and Crisis found almost one in 10 people experience homelessness at some point in their life, with one in 50 experiencing it in the last five years.

Responding to the report, Emma Reynolds, the shadow housing minister, accused David Cameron of breaking his promises to tackle homelessness and get Britain building.

“Homelessness has risen every year under this government, the number of families with children living in bed and breakfasts is at a 10-year high and house-building is at its lowest in peacetime since the 1920s,” she said.

Leslie Morphy, chief executive of Crisis, urged the government to address a chronic lack of affordable housing and consider the impact of its cuts to housing benefit, such as the bedroom tax, welfare cap and shared accommodation rate. 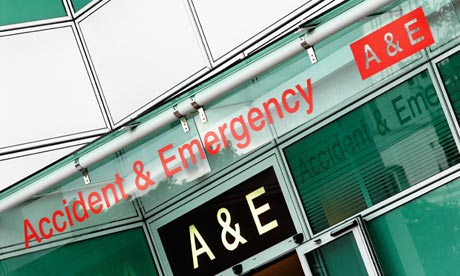 Hundreds of patients are being forced to wait more than four hours to be seen by accident and emergency departments as the winter crisis begins.

It is the first time since April that emergency departments have struggled to hit their four-hour targets as admissions to A&E hit the highest level since data started being collected in November 2010.

According to NHS England figures, 3,678 patients across the country were forced to wait between four and 12 hours for treatment.

Five patients were not seen for more than 12 hours last week – the busiest week of the year with 415,000 people visiting A&E departments.

Waiting times were worst in major A&E wards where just 92.2% of patients were seen within four hours.

Free-Market Ideology: The Destruction of Lives

The over-policing of America

Idiot Johnson is not the only one setting a poor example. As a cyclist, I advise you to wear a helmet as I was advised by my GP (doctor). If you fall from a bike, you’re falling six feet or so possibly with your head impacting the ground. Even presidents can have a ‘bicycle accident’.