Posted on 5th September 2016 by dizzy

Sellafield – originally called Windscale but the name was changed as a PR stunt after the 1957 Windscale fire – was built initially as a plant producing plutonium to build the UK’s first nuclear bombs. Political pressures dictated that the plutonium was produced quickly … so that the UK would have nuclear bombs sooner. Everything was secondary to producing the plutonium quickly. There’s also the issue that there was very little experience or expertise in running nuclear reactors – it had only been done in the States at that time. UK and USSR were desperate to catch up.

The Sellafield site is a huge sprawling mess of past endeavours. It is now a nuclear shitehole having accumulated foreign as well as UK’s nuclear waste extremely poorly stored and mismanaged. Sellafield is a filthy nuclear waste site that dumps thousands of litres of radioactive waste into the Irish Sea daily.

Central to Sellafield’s crap storage of nuclear waste are vast open-air storage ponds 5 or 6 metres deep. There is nothing high-tech about these ponds – they are simply rotting concrete ponds dating from the 50s containing water and highly radioactive waste open to the elements. There are accounts of flocks of seagulls, sparrows and other birds spreading this radioactivity since there is no way of preventing them.

Since Sellafield’s workers sign the Official Secrets Act, we rely on whistle-blowers for inside information. A whistle-blower leaked photos of the shocking ponds to the Ecologist magazine in 2014. [These photos are actually taken from the Guardian]. 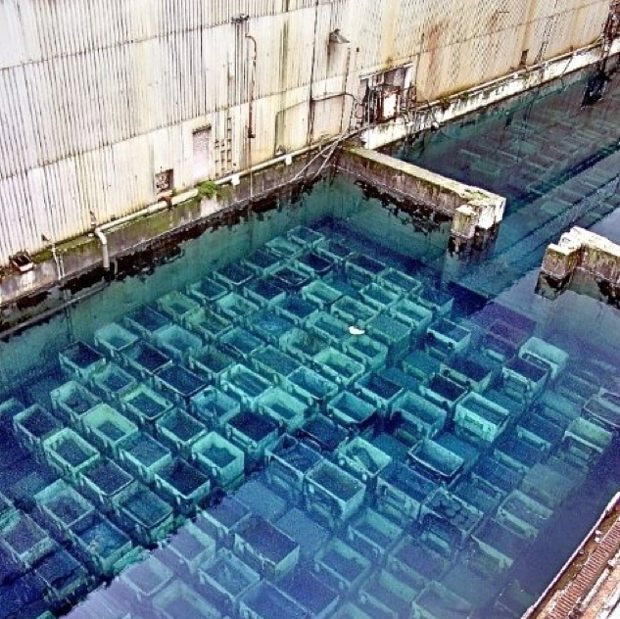 Shitty open-air pond at Sellafield nuclear waste dump containing spent nuclear fuel rods. Notice the seabird on the surface getting a dose of radiation to spread far and wide. 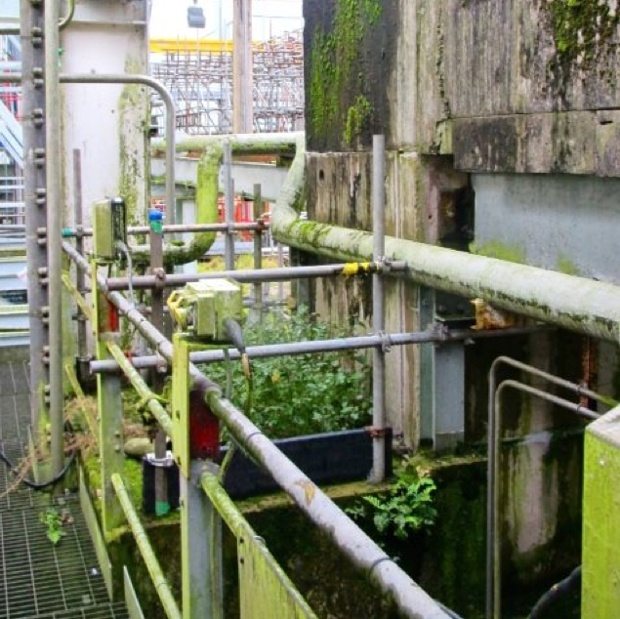 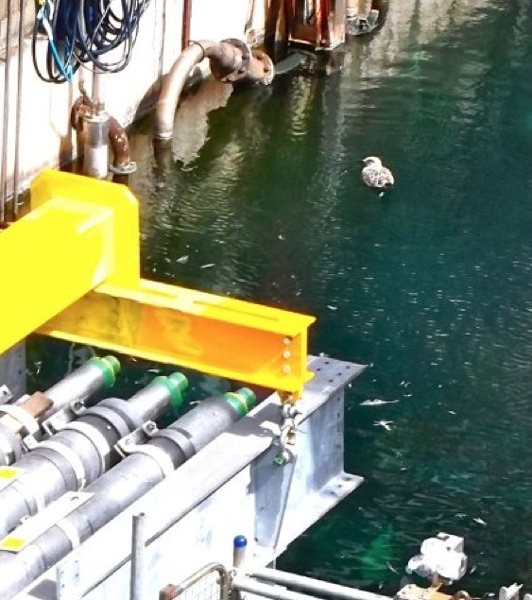 Another seabird in one of Sellafield nuclear dump’s open-air ponds.

The images … from an anonymous source, show the state of spent nuclear fuel storage ponds that were commissioned in 1952, and used until the mid-1970’s as short term storage for spent fuel until it could be re-processed, producing plutonium for military use. However they were completely abandoned in the mid-1970s and have been left derelict for almost 40 years.

The photographs show cracked concrete tanks holding water contaminated with high levels of radiation, seagulls bathing on the water, broken equipment, a dangerous mess of discarded items on elevated walkways, and weeds growing around the tanks.

If the ponds drain, the spent fuel may spontaneously ignite

The ponds are now undergoing decommissioning in order to restore them to safe condition. But the process is fraught with danger – and nuclear expert John Large warns that massive and uncontrolled radioactive releases to the environment could occur.

“This pond is build above ground”, he said. “It’s like an concrete dock full of water. But the concrete is in dreadful condition, degraded and fractured, and if the ponds drain, the Magnox fuel will ignite and that would lead to a massive release of radioactive material.

“Looking at the photos I am very disturbed at the degraded and run down condition of the structures and support services. In my opinion there is a significant risk that the system could fail.”

“If you got a breach of the wall by accident or by terrorist attack, the Magnox fuel would burn. I would say there’s many hundreds of tonnes in there. It could give rise to a very big radioactive release. It’s not for me to make comparisons with Chernobyl or Fukushima, but it could certainly cause serious contamination over a wide area and for a very long time.”

URGENT clean-up of two of the world’s most dangerous radioactive waste stores will be delayed by at least five years, despite growing safety fears.

The waste is stored at the UK’s Sellafield nuclear reprocessing site, which holds radioactive waste dating back to the dawn of the nuclear age. An accident at the derelict site could release radioactive materials into the air over the UK and beyond.

Last week, the UK government sacked the private consortium running the £80-billion-programme to clean up Sellafield, and gave the job back to its own agency, the Nuclear Decommissioning Authority (NDA). The clean-up operation, scheduled to end by 2120, costs the government £1.9 billion a year.

The private consortium, Nuclear Management Partners, was meant to “bring in world-class expertise” and allow the government to “get to grips with the legacy after decades of inaction”, according to a 2008 statement by Mike O’Brien, energy minister at the time. But six years on, the privatisation experiment has been abandoned.

The surprise renationalisation comes after delays at two of the four waste stores prioritised for clean-up. The four ponds and silos contain hundreds of tonnes of highly radioactive material from more than 60 years of operations. The decaying structures are cracking, leaking waste into the soil, and are at risk of explosions from gases created by corrosion.