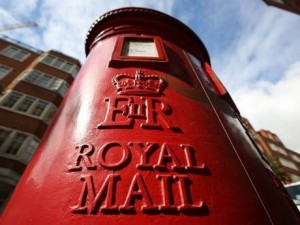 A City stockbroker has said the Royal Mail £3.3billion sell off could have been underpriced by up to 80 per cent.

Canaccord Genuity believe the Royal Mail should be valued at a sum closer to £6billion, or 559p per share, compared to the 330p price per share the Government is expected to charge when trading begins.

Shares were initially priced between 260p and 330p, but were raised to 330p by the Government following strong demand, the BBC has reported.

Business Secretary Vince Cable said approximately 700,000 applications were made by Tuesday night’s deadline, which he believed demonstrated the high level of interest in the controversial privatisation.

Mr Cable faced tough questions from the Business Select Committee over concerns that the company has been undervalued. Committee chairman Adrian Bailey said the Government was overseeing the sale of a profitable, popular, publicly owned company to financial institutions that Mr Cable had criticised in the past.