The government’s plan to privatise the Royal Mail amounts to ‘flogging off a national institution on the cheap’ and could leave taxpayers shortchanged by future asset sales, Labour’s shadow business secretary has warned. 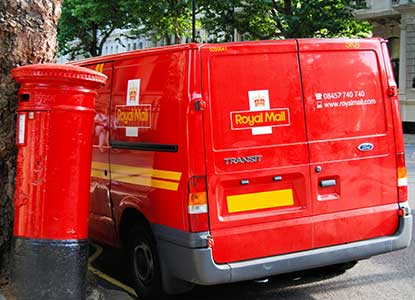 Chuka Umunna said the plan to float the company next week was being conducted in a rush, and called for a full valuation of the firm’s property portfolio should be undertaken to determine the value of any possible land sell offs.

He warned that postal delivery offices in prime development sites could be sold after privatisation, delivering a windfall for private shareholders but no return to the public sector. Steps needed to be taken so that proceeds from any sale could be retuned to taxpayers, he said.

Market analysts have predicted that the sale could value the firm at around £3bn. However, Umunna said two of the company’s London sites – in Nine Elms and Mount Pleasant – alone could be sold for more than £1.5bn.

The share prospectus for the sale of the firm stated these sites had been ‘surplus’, Umunna said and, once privatisation is complete, these and other offices other prime locations could be sold.

He called for ministers to reveal whether an independent valuation of the property portfolio has been undertaken ahead of the sale. They should also set out which of the firm’s sites across Britain have been identified as surplus, and whether any ‘clawback’ mechanisms have been established to allow proceeds to go to the Royal Mail’s pension fund or the Treasury.

It is expected Royal Mail will be listed on the London Stock Exchange on October 11 and will be fully traded the following October 15.

‘David Cameron’s fire sale of Royal Mail is bad for consumers and bad for businesses and there are real fears that taxpayers are going to be considerably short changed,’ Umunna added.
‘Royal Mail has a huge property portfolio in prime development sites in London and across Britain and there is nothing to stop the privatised company making a quick buck by flogging off these assets for development. Ministers need to come clean on which sites are due to be sold and what valuation has taken place.’continues

Exploiting black labor after the abolition of slavery

Revealed: Britain’s ‘secret listening post in the heart of Berlin’