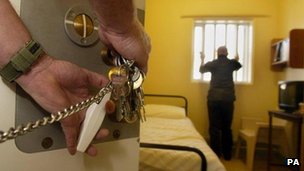 Probation officers in England and Wales have voted to strike over government privatisation plans.

Private firms and charities are currently bidding for contracts worth £450m to supervise 225,000 low and medium-risk offenders each year.

The National Association of Probation Officers (Napo) said there had been an 46% turn-out, with more than 80% voting yes for action. No date has been given.

Napo has said the changes would “put communities at risk”.

Under the government’s proposals, most of the Probation Service’s current work will be done under new payment-by-results contracts, to be awarded in 20 English regions. The whole of Wales will be one region.

The contracts would mean that low and medium risk offenders will be supervised by a mix of private firms, charities and voluntary groups.

There is a long history to this blog …

Wales can object to Hinkley Point C because they were not adequately consulted. All and everyone who can should object to HP3.

Track, Trace and the Myth of Private Sector Efficiency