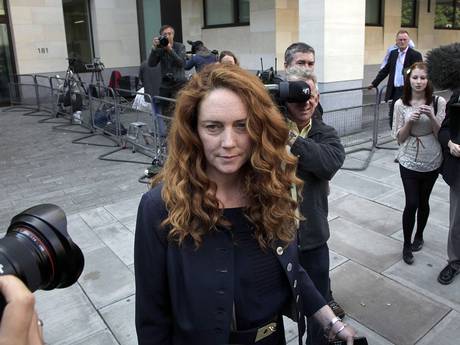 News of the World bosses must have approved the contract of a private investigator who later admitted phone hacking, the Old Bailey has heard.

Prosecutor Andrew Edis QC said senior figures would have been involved in the decision to give Glenn Mulcaire a written contract in September 2001.

They deny charges including conspiracy to intercept communications.

The jury heard Mulcaire was paid a weekly fee until September 2001 when he moved onto a written contract.

The court heard on Wednesday that the private investigator was paid around £100,000 a year for his services.

“It is if course part of the prosecution case that a contract like that, a big contract, involves the senior management, in this case the editor, the deputy editor and the managing editor, the three defendants whom you have to try for phone hacking in addition to Mr Edmondson [former NoW head of news Ian Edmondson] – that is Rebekah Brooks, Andrew Coulson and Stuart Kuttner,” Mr Edis said.

Can we think about democracy, what is meant by democracy?