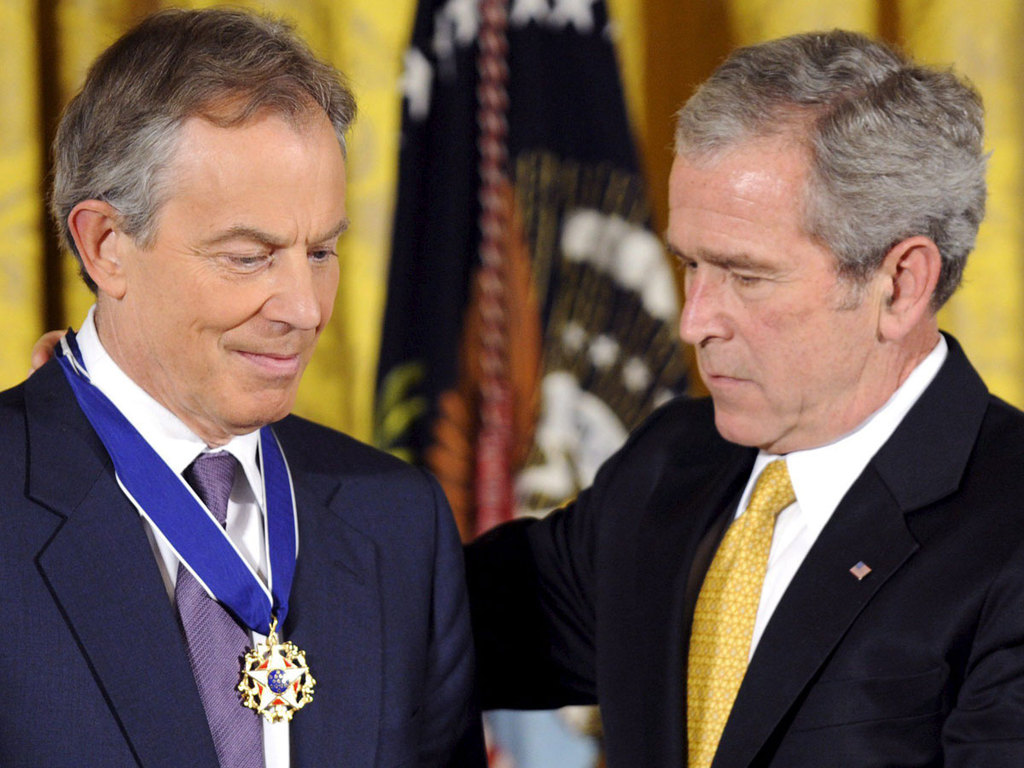 Contents of key conversations between Tony Blair and a bellicose George W Bush, who declares he is ready to “kick ass”, are thought to be among documents relating to the Iraq war that the government is withholding from publication.

It emerged this week that the Cabinet Office is resisting requests from the Iraq inquiry, the body set up to draw lessons from the conflict, for “more than 130 records of conversations” between Blair, his successor, Gordon Brown, and Bush to be made public. In a letter to David Cameron, published on the inquiry’s website, the committee’s chairman, Sir John Chilcot, disclosed that “25 notes from Mr Blair to President Bush” and “some 200 cabinet-level discussions” were also being withheld.

The standoff between the inquiry and Sir Jeremy Heywood, the cabinet secretary, has been going on for five months and has meant that the “Maxwellisation process”, in which politicians and officials are warned that they will be criticised in the report, is on hold.

As a result, a date for the final publication of the report has yet to be agreed, more than four years after the inquiry started.

Critics have claimed that the government is seeking to suppress embarrassing material that could harm the UK’s relationship with the US. Elfyn Llwyd, Plaid Cymru’s leader in Westminster, has said it is “absolutely unacceptable” for the records not to be published. Chilcot has described the delay as “regrettable”.
…