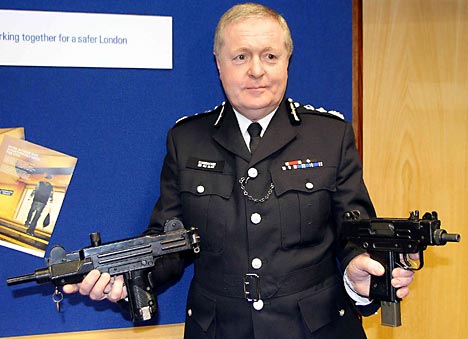 Looking at Ian Blair as boss of the Metropolitan Police provides a very informative alternative narrative on events of the Tony Blair years.

Tony Blair was and is in every way a fraudulent man presenting an image that was very far from reality. He was definitely never a socialist or democrat and should never have been leader of the Labour party. He never had an understanding of democracy and I suspect that he never actually had a democratic mandate.

Never had a democratic mandate? How can I claim that? In the same way that Dubya Bush never had a democratic mandate. His first election was stolen and subsequent elections were shall we say managed. It’s not democracy to be elected on the basis of mass deception. In Blair’s case it would entail [edit: would have entailed] huge electoral fraud at his first election to get the numbers.

We have confirmation that Ian Blair is a fraudulent actor through his account of the Balcombe Street siege. We also have an account by Peter Power of “based on simultaneous bombs going off precisely at the railway stations where it happened this morning” 7 July 2005 tube and bus [or Pa(h) ‘transportation system’ if you want to be deep about it) explosions infamy. Peter Power claims that his former colleague Ian Blair was willing to engage in mass deception about a suspected terrorist incident:

The present deputy-commissioner of the Met Police, Ian Blair, was already on scene as a detective inspector.

We knew each other very well and he turned to me and said, “Peter, I think we’ve had a bomb explosion here.”

I asked him why and he said, “At least one of the casualties has metal deep inside him… but we’re not going to go public on it.”

There is a further wider issue in considering Ian Blair in the Tony Blair era. Tony Blair was a dictatorial leader unencumbered by his cabinet. In his huge – and often demonstrated – sycophancy for Tony Blair Ian Blair provided the police element of the Fascist state. It is very fortunate that both of them have passed. Perhaps ‘we’ should be particularly grateful to those that participated in their departure.

All articles in this Ian Blair series are subject to revision.

I have done some research on Ian Blair but don’t have it all: no doubt I will realise more in the course of this series. I’ll be looking at Ian Blair’s tenure as  boss of the Metropolitan Police chronologically. It will therefore include attacks on the Libertines, comments on Cocaine made very early on in his tenure, the London explosions, the murder of Jean Charles de Menezes, Forest Gate, etc. Remember that it provides an alternative narrative.