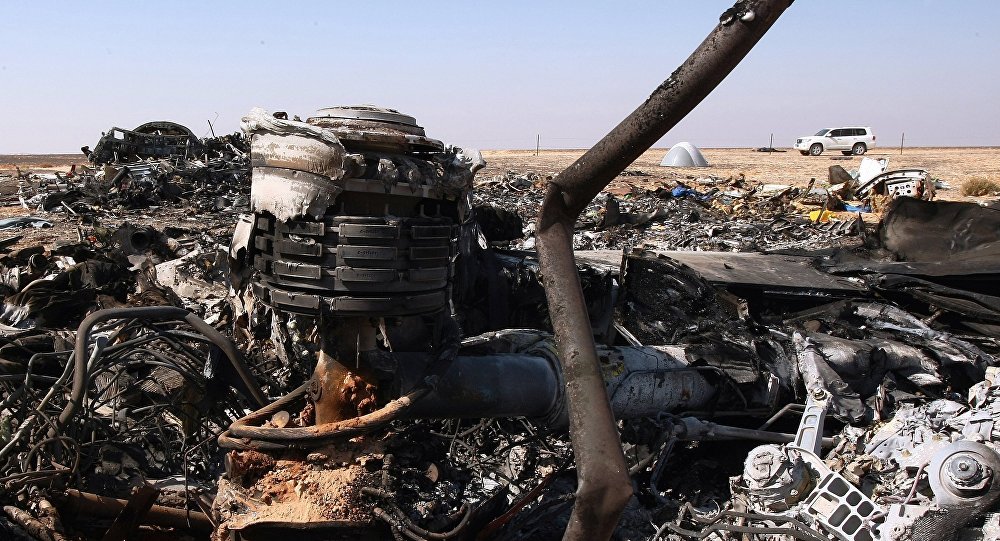 On Saturday, the Egypt-led investigation committee issued a statement, according to which the reason for the Russian Kogalymavia plane crash in Sinai is yet to be determined. The following day, Reuters reported, citing a unidentified member of the inquiry, that investigators into the plane crash in Egypt were “90 percent sure” the noise heard on the final seconds of a cockpit recording was an explosion caused by a bomb.

“News and media claims, quoting an anonymous source, allegedly one of the members of the Commission, are incorrect, and should not prevail,” Ayman Muqaddam was quoted in the statement published by the Egyptian Ministry of Civil aviation.

We’ve had an absolute deluge of bullshit from corporate media about the Sinai plane crash being a terrorist act. It appears that it was aided by UK authorities claiming that “chatter” was identified. This incident has been a wonderfull illustration of deliberate deception, of fake, manufactured terrorism.

The Russian Ministry of Emergency Situations sent three of its aircraft to the crash site. The Investigative Committee also started a legal case against Kogalymavia under legislation regulating “violation of rules of flights and preparations.”[55]

Natalya Trukhacheva, the ex-wife of co-pilot Sergei Trukachev, said in an interview with NTV that her ex-husband had complained to their daughter about the aircraft’s technical state.[52][65]

The aircraft involved in the crash had suffered a tailstrike while landing in Cairo fourteen years earlier.[30][64][66] Some have drawn comparisons to Japan Airlines Flight 123, which crashed into a mountain in 1985, seven years after the plane had suffered a tailstrike while landing.[64] Flight 123 suffered catastrophic damage in mid-air while climbing to its cruising altitude. The crash of Flight 123 was caused by an incorrect repair of the aircraft’s tail section following the tailstrike, which left the rear pressure bulkhead of the plane vulnerable to metal fatigue and ultimately resulted in explosive decompression.[64] Reports on the wreckage of Flight 9268 have suggested that a “clear break” occurred near the plane’s rear pressure bulkhead, possibly indicating failure of the bulkhead.[66]

Doesn’t the Wikipedia entry strongly suggest the real cause of this accident? Why is corporate media so keen to deliberately deceive and support governments in their bullshit terrorism narrative? Is it that they are partners in the deception – two cheeks of the same arse?*

Extinction Rebellion scientists: why we glued ourselves to a government department