Heavy-drinking Criminal Boris Johnson is out. He should never have been prime minister since his character and history was well documented. There was plenty of evidence that he was a worse than useless absolute cnut. To be fair to him, he partied well.

Unfortunately the Conservative Party is now going to inflict a militaristic, pea-brained, basic maths misunderstanding prime minister in the pocket of big business on us. I was tempted to call her a bungalow but I’m thinking of a rattle with just the one pea moving freely inside bouncing and rattling off the inside of her skull.

Two women allege they were assaulted and groped by figures within the government.

One woman told Sky News she was “sexually assaulted by someone who is now a Cabinet minister”.

A second woman said she was working at a Conservative event when she was groped, adding: “I turned around and this guy was just looking right at me.”

She complained and raised it again when the man was due to get a top job in No 10, but “nothing happened”.

The grim 6 foot-tall card contains messages from thousands of people who suffered during the PM’s leadership.

One message read: “My wonderful mum – a brilliant yet horribly overworked NHS surgeon for over 30 years – died in 2020 and I had to watch her tiny Covid-restricted funeral online from my home rather than being there.

Another stated: “When a clown moves into the castle he doesn’t become a king, the castle becomes a circus. Good riddance.”

Well c’mon you all know the trouble with Boris Johnson. He’s am upper-class twat.

The Wikipedia page for the Bullingdon Club excuses their activites. The Bullingdon Club was about excessively wealthy through inheritance Oxford university students belonging to a select gang that would humiliate people through their vandalism and wealth. Restaurants and pubs were vandalised by them followed by them humiliating the owners/proprietors for a second time by paying for the damage in vast amounts of cash (vast quantities of physical money the likes which normal people have probably never ever seen).

Anyway, Boris is a rich twat totally divorced from reality who has a history of vandalism and humiliating normal people.

Sexism, vandalism and bullying: inside the Boris Johnson-era Bullingdon Club

An update to an earlier post from March 2019 to reflect changes since then. This is a work in progress and needs to be finished.

Since then Boris Johnson was apponted leader of the Conservative party in July 2019 and we’ve had the general election of December 2019. To my surprise the UK Labour party led by Jeremy Corbyn fared poorly in the general election and Boris Johnson’s Conservatives won comfortably. Jeremy Corbyn was replaced by Keir Starmer as leader of the Labour Party and the UK has experienced the Coronavirus pandemic during 2020 with a lockdown starting in late March.

Boris Johnson & Co are rabid Eurosceptics and succeeded at the general election using the simplistic mantra “Get Brexit Done”. Johnson & Co are indicating that they are intending to pursue a no-deal Brexit whereby UK will leave the EU in a chaotic manner. Their strategy appears to be to align closely with US instead of EU so that another simplistic mantra for the simple “we want our country back” is exposed as bolox.

Boris Johnson is widely regarded as an elitist, racist and sexist incompetent idiot. What is beyond doubt is that he is negligent and often poorly prepared. The UK has suffered severely from Coronavirus / Covid-19 under Johnson’s chaotic and inadequate response. Johnson failed to attent 5 early Cobra meetings addressing Coronavirus https://www.businessinsider.com/boris-johnson-skipped-five-emergency-meetings-on-the-coronavirus-2020-4

I wrote in my previous post that “Socialists are a diverse bunch often fighting injustice e.g. anti-racism, and campaign for human rights, universal healthcare, democracy, equality, workers’ rights, etc. There are more radical Socialists outside of parliamentary politics fragmented according to adherence to the different historical origins and aspects of Socialist Ideology. The Labour party catchphrase “For the many, not the few” catches the Socialist ethos perfectly.”

Current UK Labour party leader Keir Starmer does not meet this definition and we have instead returned to the normal situation whereby UK voters are denied the opportunity to vote for a Socialist party.

During Keir Starmer’s previous role as UK’s Director of Public Prosecutions, he … < to be continued >

The climate crisis receives very little attention from UK politicians and we currently have allegations of Russian hacking which appear to be a moral panic totally without substance.

Boris Johnson claimed today that the naughtiest thing he’s ever done is ride a bicycle on the pavement. In early September however, he alluded to his time at university by advising primary school children not to get drunk.

While at Oxford University Boris was a member of the elite Bullingdon Club that engaged in high jinks such as drunkenly destroying pubs and restaurants followed by humiliating the owners by paying for the extensive damage in cash.

Sexism, vandalism and bullying: inside the Boris Johnson-era Bullingdon Club

The woman who was the club recruiter said: “Boris was one of the big beasts of the club. He was up for anything. They treated certain types of people with absolute disdain, and referred to them as ‘plebs’ or ‘grockles’, and the police were always called ‘plod’. Their attitude was that women were there for their entertainment.”

She said there was a “culture of excess” in the 1980s in which the activities of the Bullingdon Club felt “normalised”. “They had an air of entitlement and superiority.”

In 2013, Johnson – who reputedly still greets former members with a cry of “Buller, Buller, Buller” – described it as “a truly shameful vignette of almost superhuman undergraduate arrogance, toffishness and twittishness”. He added: “But at the time you felt it was wonderful to be going round swanking it up.”

My analysis is that there is no likelyhood of a no-deal Brexit and Johnson’s actions are intended to gain support of nihilist Brexiteers in a forthcoming general election.

I’ll get up to speed on this. 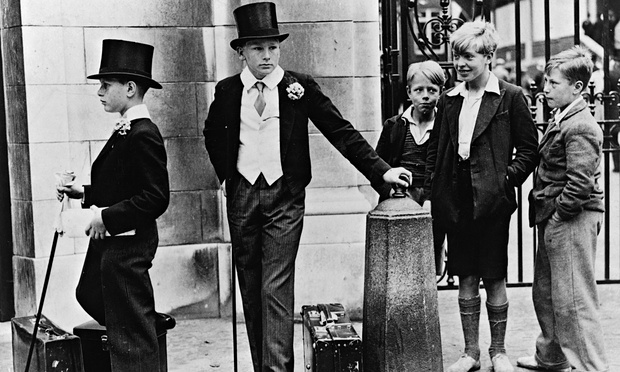 Continue ReadingCameron and Osborne millionaire Tories attack the most vulnerable