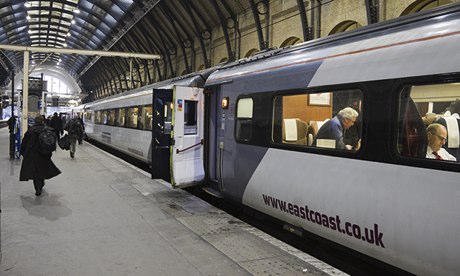 Campaigners have renewed calls to keep the east coast mainline rail franchise in public hands after the state-owned operator revealed it returned £208.7m to the taxpayer last year, a rise of 6.6%.

Directly Operated Railways, the Department for Transport-owned company behind East Coast, said revenue had risen 4.2% and record levels of customer satisfaction had been reached in the year 2012-13 – although that has since fallen after a series of delays on the line.

Karen Boswell, the managing director of East Coast, said: “We’ve been able to show increased growth year on year and I expect next year to be even stronger.”

She ascribed the positive results to leadership, investment and increased employee engagement.

Mick Whelan, the general secretary of the train drivers’ union Aslef, said: “These latest figures show why we need to keep the east coast in the public sector. It’s a key tool against which we can measure the success or failure of the privatised train operating companies.

“Each year these companies are pushing up prices for passengers and moving hundreds of millions of pounds in dividends to shareholders, often offshore, money which could and should be used to hold down fares and provide vital investment in Britain’s railway network.”

Theresa May must not further erode Britons’ rights to citizenship