I wonder if Ed Miliband has encouraged huge price rises by energy companies that are already making vast profits for their shareholders. Huge increases this year will provide for less noticable or no increases next year a few months before a general election.

Anyone remember that these utilities used to be publicly owned? No shareholders to extort a profit then … 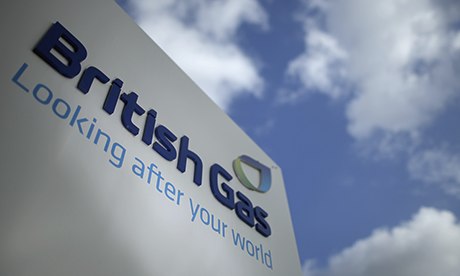 British Gas has turned a consumer and political backlash over a 10% increase in energy bills into a public relations disaster after trying to head off criticism of the price hike by using social media.

Nearly 16,000 Twitter comments – most of them vitriolic – rained down on Britain’s biggest power provider in a few hours after it invited questions from customers. One online expert described the company’s attempt to ease public anger over the new tariffs as one of the biggest PR own goals he had ever seen.

The energy price increases – three times the level of inflation – will affect 16 million customers and came in for particular condemnation because the parent group, Centrica, had pledged earlier in the year to use windfall profits from last winter to keep prices down.

David Cameron, who appointed the company’s £4m-a-year boss Sam Laidlaw to his business advisory group in 2010, said the rise was very disappointing and urged customers to switch providers. Ed Davey, the energy secretary, said some of British Gas’s numbers “just don’t add up”.

But there were more venomous comments, spliced with the darkest humour, after the energy supplier invited users of Twitter to raise questions with its customer services director.

“My Nan’s just been on the phone (no twitter) Should she burn the garden table or the chairs first to keep warm?” wrote one Twitter user. “Have you started an affiliate scheme with a funeral directors?” said another with reference to the number of elderly people who die in cold winters.

CRONY CAPITALISM: Let the proles live in and eat siht