The Guardian and Channel4 – in a joint investigation – have released documents sourced by whistleblower Edward Snowden. The documents reveal that US intelligence agencies were given far greater powers to spy on UK citizens by UK intelligence agency GCHQ in 2004. It is extremely unlikely that this move would be taken without treasonous ministerial approval by Tony Blair’s government.

GCHQ and the cabinet office are not commenting. 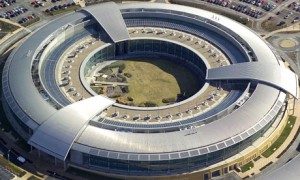 1pm update: The important issue about these revelations is that UK allowed US authorities to spy on UK subjects who are not guilty or even suspected of any crime. Further, the scale of those subjected to such spying without any legal oversight is astonishingly wide. While it is reported as contacts-of-contacts or friends-of-friends of suspects it may be more practical to just consider it as being all UK subjects. [2.20pm Most news sources are reporting contacts-of-contacts. The Guardian say that it’s ‘”three hops” from its targets — who could be people who talk to people who talk to people who talk to you.’ That does look like all UK subjects. ]