At least it’s accepted in certain quarters{!} that I have demonstrated it beyond reasonable doubt…

The context is an insane PM in charge of a Fascist regime – isn’t that what it is when there’s a dictatorial leader that cannot countenance any dissent and the police are inseparable from the government? Isn’t that what it is when the big, fat [4/10/15 edit: , totally ridiculous twat of a} policeman is a political appointee and so keen to kill people who oppose the glorious leader? [4/10/15 That absolute New Labour arse was promoted by Blunkett on a pretext]. Well c’mon there are lessons from history here. You have an authoritarian leader and any effective dissent must be crushed with that Fascist boot.

Was it not so in 2005? The glorious war leader was not so glorious. Wasn’t he actually unglorious? Didn’t they need that Fascist deed … that history tells us that they go for?

ed: There is a key

[4/10/15 and isn’t that key so obvious? Weren’t so many people aware then? There are contemporary accounts. Things like – paraphrased – you are such an absolute useless New Labour Fascist ****. ] You won’t get it all, but there’s enough in the public domain. He was on a nasty mission of persecuting a particular political activist for being an effective political activist attacking the un/glorious leader.]

Continue ReadingShall we talk about what’s obvious and accepted?

How many people, what proportion do they need to be scared ****less? Watch more television, you’ll get scared, stay indoors and get obese and controlled. That’s allright security services just need far more resources to fight terrrism.

Do you really believe or accept that 911 was not made for television? That it was not a spectacle directed and produced in the way that movies are produced? that it was not a blockbuster? Wasn’t it a cable-TV extravaganza?

It’s people who have not even had any exposure to the argument. They just know it’s carp. They’re used to the television and the corporate media. They know that it can’t be trusted. They know that it is fiction and that television news is entertainment just like movies. I may be wrong (mistaken) but … praps I’m not.

It’s actually very refreshing. I decided long ago that I wasn’t interested in convincing people. It’s really great that there are all these people who are anyway unbelieving.

If people accept everything that they see on television then there’s no helping them. There is a very non-PC term for these people which I suppose was very prevalent in the 70s and 80s.

If people have a functioning brain then they probably don’t watch television.

Continue ReadingShall we have some straight talking about terrorism for a change?

Can those that believe in justice please participate and ed: participate?

4.26am edit: I suppose that is difficult since it has been accepted as the dominant ideology. It has been adopted by all major states since it serves their purpose. People are controlled through their irrational and unjustified fear.

Don’t enjoy yourselves. Be so afraid that you just consume. You know that consumption is GOOD.

Be so afraid that you don’t ever venture out from your scared existence.

Don’t ever meet anyone because it’s dangerous outside your home and they have dangerous ideas.

Don’t talk to anyone because everyone else is dangerous and weird and have funny ideas that are challenging.

Relax and know that you are doing the right thing. Consuming and being scared – instead of taking part in society.

This is what I am proposing:

ed: Real Socialists should make this point loud and clear. It is so ridiculously ridiculous. People are scared by this ridiculous BS when there is probably more danger walking on the pavement but definitely riding a bike. That’s not even starting on it being total Fascist BS cr**.

ed: While I’m here. UK population haven’t had anyone to vote for. I’m being polite. Please start taking it seriously. Burnham, Falconer? You were elected as a Socialist FFS.

later: do leader of the opposition get spads? flat there, so many arguments, salary & xpenses.

later later: On second thoughts. It’s very easy. You don’t need a spad to be a Socialist. I’m being polite again. lll: thinking about it, to be YS, YGGYST.

llll: and to think that we campaigned together all those yers ago. I’ve got some issues from then – with cnuts at the time – that need to be resolved. Issues like being persecuted.

Continue ReadingTerrorism BS must be recognised and exposed as Fascism

If I was to nudge Blunkett in front of a train

I mean just an inperceptible nudge that would be allright wouldn’t it?

I mean there is a difference between terrorism and giving a politician a smack, surely?

1. Don’t they deserve a smack?

2. Why should they be protected?

All these cnut politicians, I DESERVE to give them a smack and stamp on their balls and throats. Well I do. Blair, Straw, Reid, Blunkett, that other fat 2 dinners cnut,

[ed: I apologise. I should not be fatist so please read that as the 2 dinners cnut]

They deserve no less than me to stamp on their balls. I have had hobnail boots in the past. I’m sure I can get some on ebay.

ed: They gave me so much siht. They had power. Isn’t it fair that I smack them now? cnuts

Can I be allowed to do it in person? Can I have that we look the other way? Please let me.

er. What about John Reid? Why did he FO?

I want Ian Blair prosecuted or …

I would love to get rid of this Tory government.

Nothing would please me more that this government falling.

I don’t know how it can be done. It looks like a general election.

Love you all and Corbyn

Continue ReadingHaving been caught up in it all … 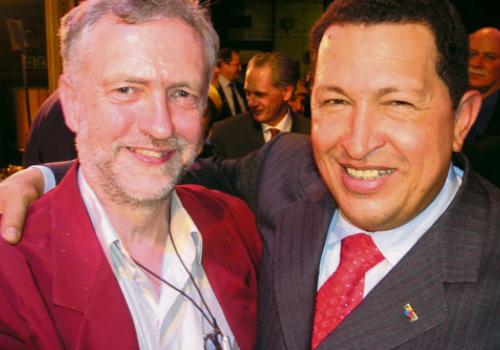